Congratulations to Preccelerator Program company Verde Circle for the launch of their software SyncTwixt in the Intuit App store!  SyncTwixt is a suite of business data sync tools that make syncing invoices, managing a company’s cash flow, products, returns, and syncing inventory data to 3rd parties much easier! Integrations with ShipStation, QuickBooks Online, and more.

We are very proud of your successes! Congratulations to SAM Preccelerator® Program’s company Voter for being picked as the #1 app to help get you through the presidential election by Wired Magazine. The company’s CEO, Hunter Scarborough, also gave an interview on Sirus XM POTUS radio this week with Michael Steele and Ruck Ungar about this amazing new app. Voter is matchmaking for politics, it analyzes exorbitant amounts of data, including public stances, voting records, speeches, and more. All you have to do is answer a few simple questions about your political opinions. Swipe through issues quickly. Need more info about a question? Tap the card to get more information, including bullet points for and against. Voter displays your match score as a percentage, describing how closely your views align with each candidate. On Election Day Voter shows you where to vote, when to be there, and what to bring.

To learn more about Voter download the app for your iphone or android.

SAM Preccelerator Program company Voter, (Newsweek’s named #1 Up and Coming App for 2016) made a huge debut at the Republican and Democratic Conventions and Freedom Fest this year to promote their app, available both on iOS and Android.

What is Voter? V oter is matchmaking for politics.   Voter analyzes exorbitant amounts of data, including public stances, voting records, speeches, and more. All you have to do is answer a few simple questions about your political opinions. Swipe through issues quickly. Need more info about a question? Tap the card to get more information, including bullet points for and against. Voter displays your match

score as a percentage, describing how closely your views align with each candidate. On Election Day Voter shows you where to vote, when to be there, and what to bring. SAM Preccelerator® Program company BallParq, a web-based platform for building startup financial models for entrepreneurs, universities and incubators, has launched a Crowdfunder campaign with the mission of raising $300,000. To view their campaign, visit https://www.crowdfunder.com/ballparq/invest

Ballparq is a web-based platform that lets entrepreneurs create engaging financial model through an easy-to-use interactive process. The entrepreneur is able to demonstrate financial sophistication by telling the story of their business from the bottom up.

Clear your calendar – It’s going down! Preccelerator® Program Demo Day kicks off on June 23rd @ 5:30pm, and you’re invited to take part in the festivities. SAM Preccelerator® Program (1453 3rd Street Promenade, Suite 300) is our meeting spot to showcase the Preccelerator®’s current class of all-star companies to investors and the start-up community. Party on the Patio to follow!

Congratulations to SAM Preccelerator Company Zero Mass Energy (“ZME”) on the launch of their first product Jambo in the Android Google Play and iOS App Stores. Jambo is a chat app that combines social productivity with integrated social gaming.  “Jambo’s approach is to allow these games and tools to be utilized right within your chat threads without having to leave the app” says founder and CEO, Carey Chico.   While this first version allows the user to play games, send real-time character animation, as well as voice and photos – future releases will add a large number of entertainment and productivity functions.

ZME has also launched their new Jambo Chat Platform, that is a licensable platform to help businesses scale and retain their user base by utilizing a diverse set of social productivity and social play features. Companies that have a large number of apps or sites, can take these fragmented user bases and combine them into a single community promoting engagement and retention.  “We see an opportunity to create a pervasive chat platform that goes where you want to go, rather than you having to go to it.  There are so many isolated and siloed app experiences that we think could benefit greatly from our technology.” Eli Eisenberg has more than 35 years of hands on experience in the financial and business management of entrepreneurial companies.  As founder and CEO of Straight Line Management™, he specializes in providing financial expertise and mentoring to high-potential early stage companies. Mr. Eisenberg helps them to increase profitability, secure funding, evaluate and capitalize on opportunities, streamline financial operations, and get the financial side of the business under control.

Since launching his Straight Line Management consulting company in 1991, he has served as a trusted advisor to more than 70 early-stage companies, both traditional and web based, across a variety of industries including software and game companies, high and low tech manufacturing companies, wholesale distribution companies, product and services companies and non-profit organizations.

Prior to starting Straight Line Management, Mr. Eisenberg served as Chief Financial Officer for three high technology companies, served in senior financial and operational management positions (including VP of Finance and VP of Operations) in several other high growth companies, and established, ran and sold his own successful consumer products company.

Mr. Eisenberg has extensive experience in strategic planning, capital raising strategies, financial management and forecasting, business plan preparation, and development and streamlining of management reporting systems and controls. He received his MBA from the University of California, Berkeley in 1976 and became a Certified Public Accountant in the State of California is 1978. He is also a Fellow of the Larta Institute, where he conducts workshops and mentoring sessions for entrepreneurs in conjunction with their NIH, NSF, TATRC and USCA Commercialization Assistance Programs ations to Preccelerator® Program company Trekk on being featured in SMASHD.  Trekk is an on-demand moving service.  Trekk sends you a mover who will help you move your items. Their movers, also known as Trekkers, come equipped with a truck, van, or SUV.  Their service is available on iOS app and their web platform.

SMASHD, is the brain child of Troy Carter of Atom Factory. They tell stories covering what entrepreneurs go through and how they build startups, how the tech and entertainment industries are merging, and how our culture is changing. Atom Factory is a diversified entertainment company with roots in talent and investments. 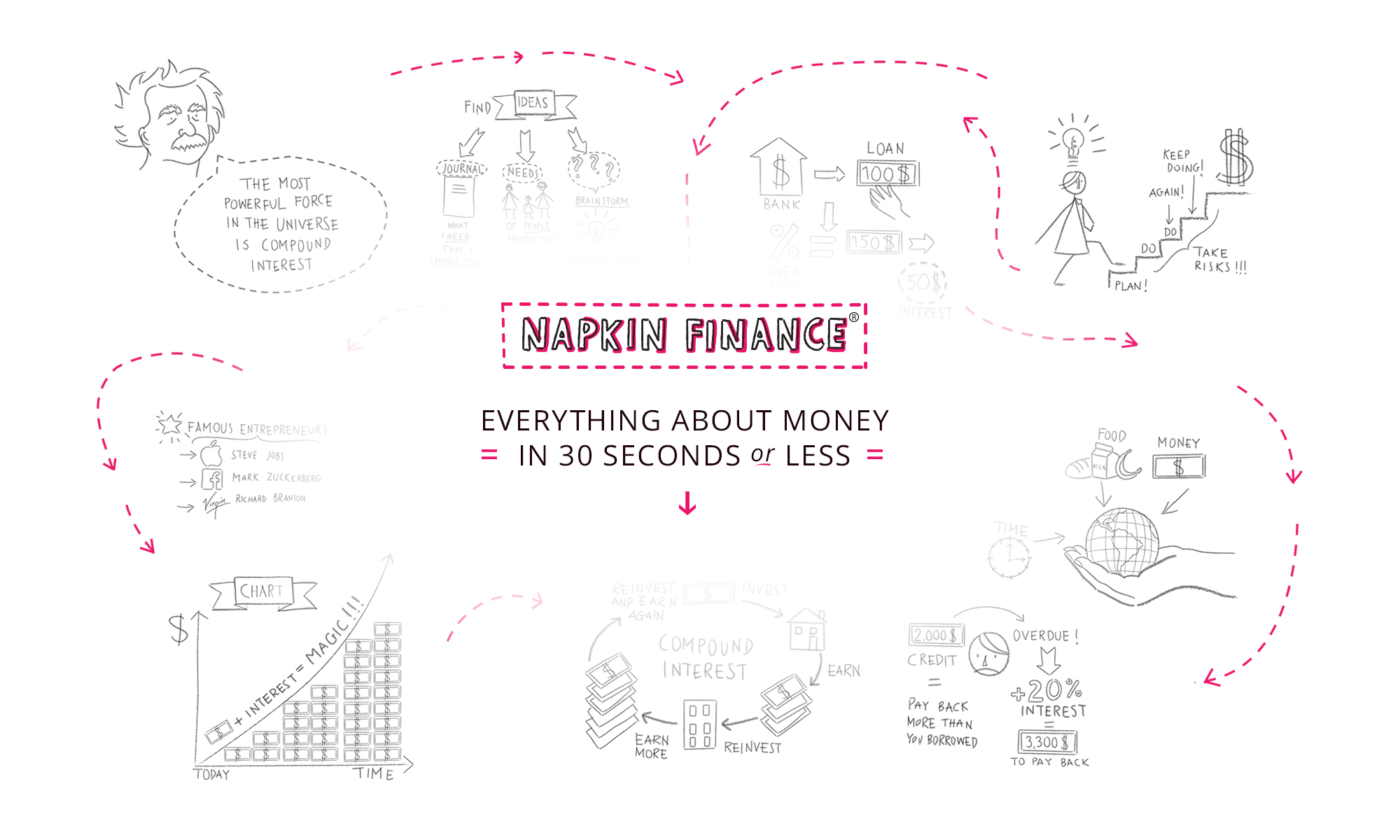 Congratulations to SAM Preccelerator® Program company Napkin Finance, a subsidiary of CardBlanc. Napkin Finance has teamed up with the White House to promote financial literacy among students and young adults, and assist them with preparing for college and Federal Student Aid.  This is part of President Obama and the First Lady’s Reach Higher, Better Make Room and National College Signing Day initiatives.

The White House just released the Fact Sheet “Celebrating Progress in Expanding College Opportunity for Every Student on College Signing Day.”  In regards to Napkin Finance it states, “Napkin Finance breaks down financial concepts in a simple, engaging, and visual way in 30 seconds or less. Most importantly, it teaches teens and young adults how to make smart money decisions and build a lifetime of financial well-being. For the First Lady’s Better Make Room initiative, Napkin Finance has created a course with “napkins” that prepare students for the financial challenges of a college education. The Better Make Room collaboration with Napkin Finance will inspire and empower teens to fill out the FAFSA, learn more about options for paying for college, understand how student loans work, and encourage ongoing engagement with the Reach Higher platform.”

Stubbs Alderton & Markiles, LLP is one of the leading business law firms in Southern California. We pioneered a fixed fee start-up package making the formation and organization of your start-up as seamless as possible. Our Preccelerator® Program is a platform offered to select start-up companies out of our Santa Monica office that provides interim office space and sophisticated legal services, with the objective of helping you grow your idea from business concept to funded startup. The Preccelerator® Program provides free co-working space and other perks for 5-6 promising young startups.